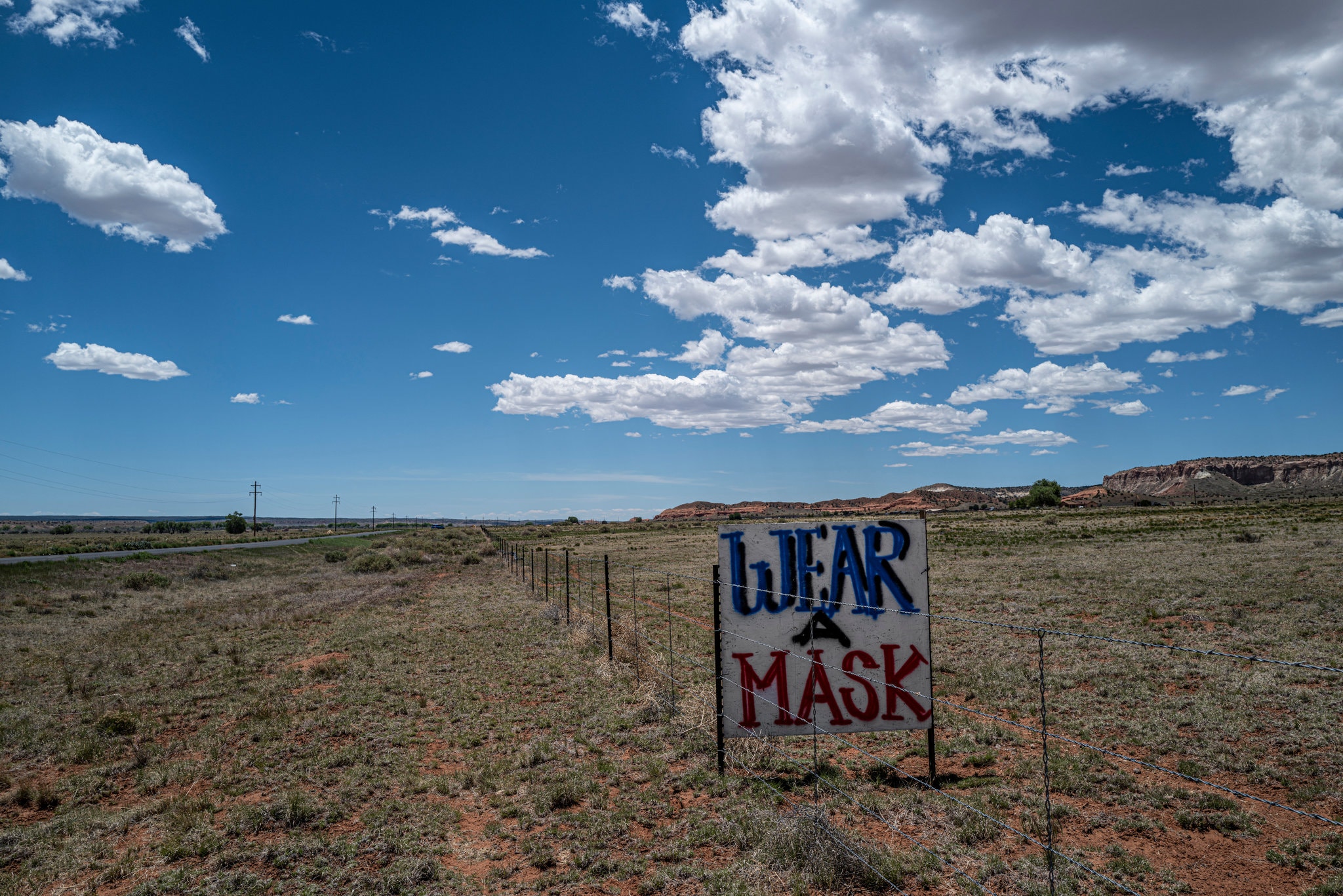 CHINLE, Ariz. — The Navajo Nation is a vast, awe-inspiring land of desert crags and canyons, the largest reservation in the country, but today it reverberates with grief and fear.

The Navajo have had more people infected with the coronavirus per capita than any state in the country. Decades of neglect, exploitation and discrimination mean that even before this pandemic, Navajo here had a shorter life expectancy (72) than people in Guatemala (74) — and now Covid-19 is hitting Native Americans with particular force.

If Native American tribes were counted as states, the five most infected states in the country would all be native tribes, with New York dropping to No. 6, according to a compilation by the American Indian Studies Center at U.C.L.A.

Here in Navajo lands, among those who died of Covid-19 complications is Fred Thompson, 57, a champion of Navajo culture at Navajo Technical University and singer in a popular band called Aces Wild. Instead of gathering for a funeral, people honked their horns and set off fireworks at 9 p.m. on a Friday when his band would normally have performed.

“We went on a big hill and watched the fireworks,” Charmaine Tsosie, one of his former students, told me through tears. “Our horn doesn’t work, so we shouted: ‘We love you! We miss you!’”

The virus is believed to have arrived when an infected person attended a Christian revival on the reservation in early March, and it then spread through basketball games, church services and community events. It also preyed upon poverty: Many Navajo live crowded in small homes where social distancing is impossible, and 40 percent of those on the reservation lack running water, according to Kathleen Norton of the Center for American Indian Health at Johns Hopkins University.

That makes hand-washing difficult, and it leads families to cluster in laundromats.

Shawna Gonzalez lives in a traditional one-room Navajo home, a hogan, with her seven children. Her husband, an undocumented Mexican immigrant who had lived in the United States since he was 3 years old, was deported, so she managed with the help of her mother — until her mother was hospitalized with the coronavirus.

Because there is no running water, Gonzalez must regularly drive to a distant well and fill several containers to take home 15 gallons — and then ration water closely. There is no postal delivery or package delivery here or in much of the Navajo Nation, so she also drives to the post office to pick up mail.

Gonzalez’s income comes from informal work on a food truck that sells barbecue. But the food truck has rarely ventured out during the pandemic, so Gonazalez’s income has plunged. Like many, she struggles to afford food.

“I think about it all the time,” she said.

Some Navajo worry that the crisis will bolster a narrative of Native Americans as perpetually wretched and helpless. “Don’t portray us as poor, poor Navajos,” said the Navajo president, Jonathan Nez. “We’re resilient. We’re over-comers.”

The Navajo have already been stigmatized as potential health threats in the region — which is brutally ironic given a history of Europeans bringing diseases such as smallpox to the New World. The town of Gallup, N.M., which borders the reservation, for a time set up roadblocks and barred anyone who was not a resident.

My sense is that the Navajo have handled the crisis reasonably well. The tribe canceled events, imposed curfews and tested a far higher rate of the population than the country has as a whole. But the Indian Health Service says that 28 percent of tests have come back positive, an alarmingly high rate.

Navajo lands are full of heartfelt homemade signs urging people to wear masks and be careful. “Turn around!” one sign read. “Go home!”

A local women’s organization, Chinle Planting Hope, delivers boxes of food to families, including Gonzalez’s, to ease hunger and reduce the need for exposure through shopping. And Gonzalez herself pays it forward by volunteering at a food pantry.

At the 74-bed Gallup Indian Medical Center in Gallup, I visited the emergency room, Covid-19 ward and intensive care unit; they are strained but not overwhelmed. Plastic curtains divide bays in the emergency department to prevent infections, and an area is set up to do CPR and intubations outside, where there is somewhat less risk of infecting others.

Because many patients have diabetes, hypertension and heart disease, there are more deaths among younger people than elsewhere in the United States, said Loretta L. Christensen, a Navajo doctor at the hospital.

“Everybody was on the edge, and this pushed them over,” Christensen said. Doctors say that there are some encouraging signs that the crisis here may have peaked, but that it’s too early to be sure. Some hope it will be a wake-up call to address neglected needs of Native Americans.

The United States allocates just $3,943 per person for health care for Native Americans through the Indian Health Service, less than half the $8,602 spent by the Bureau of Prisons for health care per prisoner.

As for education on the reservations, only 53 percent of children attending Bureau of Indian Education schools graduate from high school. One student estimated to me that only a quarter of children have internet access at home, so remote learning during a pandemic is elusive.

The United States did not even confer citizenship on Native Americans until 1924, and virtually every American institution has betrayed them in recent decades except one — the military. The armed forces have offered opportunity to many Native Americans, and veterans play important roles on tribal lands.

About 800 Navajo served in the Korean War, some as “code talkers” who transmitted messages in the Navajo language as an unbreakable code, and South Korea this month showed its gratitude by shipping 10,000 masks to the Navajo Nation. The Irish, in grateful memory of having received aid from Choctaw Indians in 1847 during the potato famine, have returned the favor by donating generously to a relief fund for the Navajo.

In contrast, the U.S. government has lagged. Washington took six weeks to transfer relief money from the CARES Act to the Navajo, and it was difficult for tribes to get protective equipment and testing kits. ProPublica reported that in April President Trump’s former deputy chief of staff Zach Fuentes sold $3 million in masks to the Indian Health Service, although they had not been approved for use in health care.

“The criminal negligence shown by the federal government in the lack of access to testing and P.P.E. and other necessary resources has cost us more lives than we could imagine,” said Janene Yazzie, a Navajo community organizer who helps run the Navajo and Hopi Families Covid-19 Relief Fund. “We did not deserve this negligence.”

Yazzie notes that rivers run through Navajo lands and end up irrigating golf courses in Phoenix, while natives lack legal rights to the water and can’t even get plumbing to wash their hands.

For the Navajo, returning to “normal” is not enough; attitudes need to change as well as policies.

“People grow up with this mind-set of seeing us as different,” said Naiyahnikai Gorman, 21, who lives without running water in a remote area near Steamboat, Ariz., and is studying traditional Indian medicine. She says that she has been dismissed by white people as “Pocahontas” and added that America won’t do better for Native Americans until it revises its perceptions.

“They see us as savages or uncivilized,” she said sadly. “They grow up playing Cowboys and Indians, and then they kill all the Indians.”